We often underestimate the importance of our spine but if you really want to appreciate the role the spine plays, just ask someone that is suffering from back pain. Back pain can easily hamper every single movement in your body which ultimately means you could be reduced to a bed-ridden invalid.

Fortunately, this condition can be alleviated through a number of ways, including inversion therapy.

Inversion tables are modern inventions but inversion therapy itself is as old as the field of medicine. There is evidence that Hippocrates (the father of medicine) used to hang his patients in an upside down position on ladders as a way of treating back pain centuries ago.
Hanging on ladders is neither safe nor appealing but thankfully, modern science has invented a safer and more comfortable alternative - ﻿inversion tables﻿.

But do inversion tables work?

Well, a recent study done at the New Castle University on patients that had back pains found out that 75% of the subjects ended up cured of back pain after using inversion tables regularly thereby eliminating the need of invasive methods like surgery.

When you think about it, it actually makes perfect sense. Your spine is made of smaller bones called vertebrae which are separated by discs that are full of fluids and nerves. The discs play a very important role of ensuring the vertebrae do not grind against each other during movement. Over time, the effects of gravity, aging, and poor posture cause the spine to lose its natural curve, and this puts undue pressure on the discs.

This is the root cause of naturally occurring back pains. Inversion therapy deals with this by reversing the pull of gravity on the discs. When the patient is hanging on an inversion table, the pressure is released from the disks which results in instant pain relief.

One of the reasons why some people might not be too sure about whether inversion tables actually work is the fact that people with high blood pressure and unhealed hernias are advised by medics not to use inversion tables. But it is important to understand the working principle of inversion tables before jumping to any conclusions.

It is true that using inversion tables can aggravate hypertension, eye problems, unhealed hernias, and other related conditions. The main reason for this is because when you hang upside down, your blood pressure rises since organs like the heart are released from the normal pressure. While this is an important health concern for people suffering from some health conditions, it is actually good for healthy people.

In fact, inversion not only helps deal with back pains but it also can help heal scoliosis, sciatica, lordosis and even pain in the hips and legs. Even though extreme caution must be taken when using inversion tables, it is a scientifically proven fact that inversion therapy actually works.

Some experts actually believe it to be the only non-invasive method of dealing with back pains that actually works. However, you must seek authorization from your doctor or chiropractor before you start using it. Your doctor should examine you to ascertain whether you have any conditions that could be aggravated by inversion therapy. 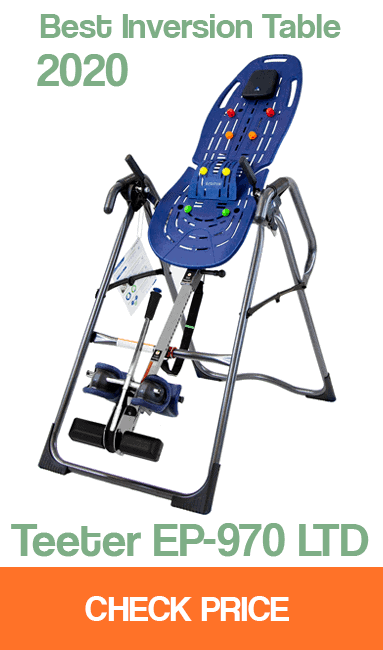